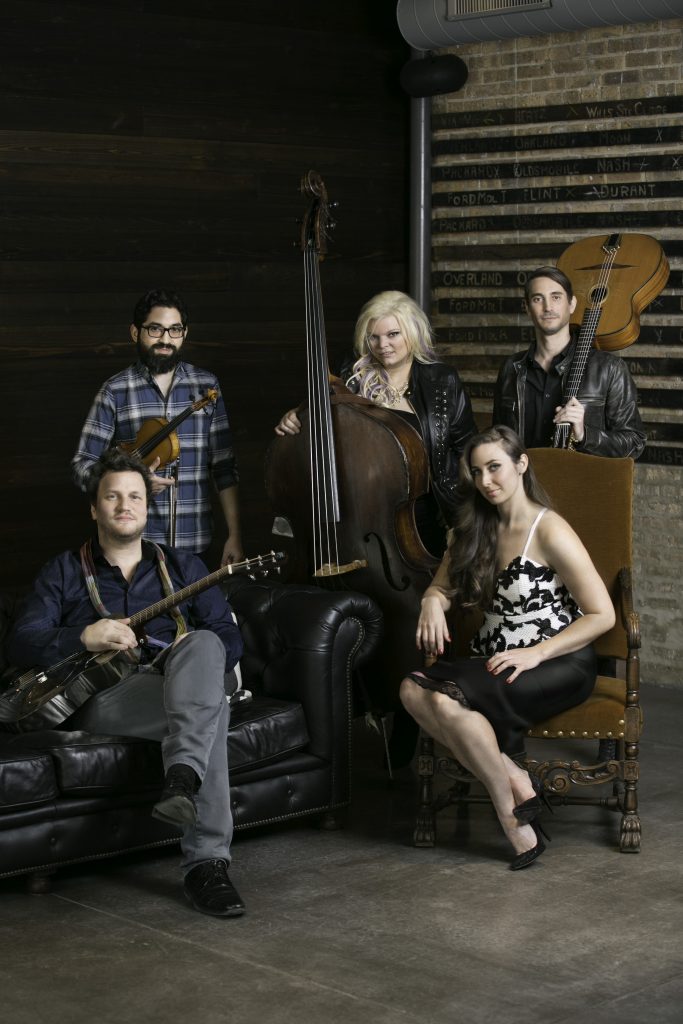 Beckoned by the dulcet tones of violin, bass, and the female voice spiraling through the darkness, the stranger was helplessly drawn towards the last lit trailer in the camp that seemed to have sprung forth from another time. This chance meeting’s outcome: lePercolateur.

Fueled by coffee black as the night the musicians played ’til the sun began painting the eastern horizon red, and carnivale rose ’round them from the ether.

Winding their caravan through the windiest of cities, lePercolateur has spent the time since this fateful night sweeping in to transport concert-goers to a time where music was a liberating and cathartic respite from persecution–where the frenetic energy of struggling to simply ‘be’ coalesced with the unbridled spirit of gypsy music, and then burgeoned into swing dancing.

2013 found lePercolateur releasing their debut album “Pop Manouche”- thus becoming the latest band to join the Chicago Sessions record label.  Fans (aka Percolateers) are sure to wake from a dreamlike daze wondering in which year they find themselves, and wishing it was what their senses told them. 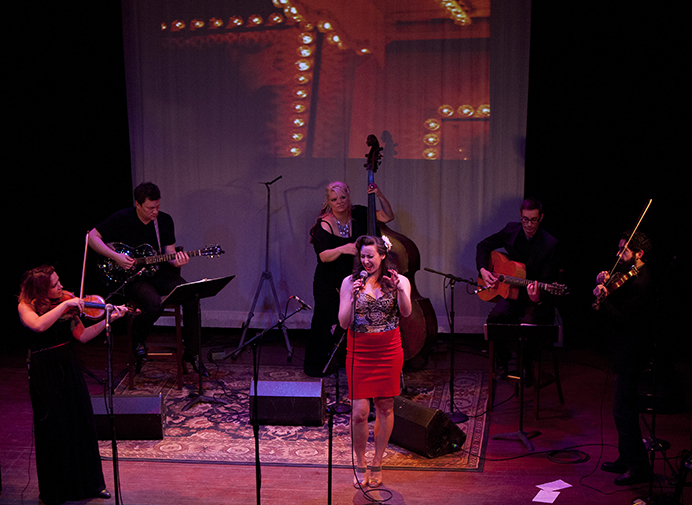 All I Want is You:

Press quotes:
“Something different and exciting is brewing on lePercolateur’s Pop Manouche. This Chicago-based, Hot Club-indebted outfit finds a way to blend the sonic sensibilities of Django Reinhardt’s famed band into an alt-pop/alt-folk/alt-instrumental format on their debut album, creating something unique in the process; it’s as if songstress Sam Phillips, the beyond-category Pink Martini, indie-folk band Hem, Reinhardt, and a few other unlikely collaborators got together to make some music… This stylistic openness contributes to the success of the hybridized music that lePercolateur produces.
Dan Bilawsky – All About Jazz (allaboutjazz.com)

“The nuanced manner in which pop and folk styles are interlaced remind one of the fine work of Mumford & Sons. With ace production and a wonderful group dynamic, one can only hope to hear that there are many more recordings to come from lePercolateur.”
Dan Healy – Chicago Jazz Magazine
“The album [Pop Manouche] is as musically interesting as it is rhythmically infectious. It’s also lyrically clever much of the time… an impressive and fun album that continues the revived interest in the style of Django Reinhardt and adds a strong streak of musical eclecticism… Candace Washburn is a part cabaret singer, part pop singer and a bit of a rocker under the surface, and she can match the band’s instrumental eclecticism. The rest of the players are first-rate… It’s also not often that one has a group playing in this style that has three women as members… lePercolateur has emerged as a first-rate group that offers something different and an original twist to Gypsy jazz revival, sixty years after the passing of Django Reinhardt.”
George Graham – WVIA FM (NPR) – George Graham

“a sly and surprising gypsy-jazz quintet who apply that idiom to modernistic pop tunes, as well as vintage jazz compositions”
Neil Tesser – Examiner.com

“Perfect music for steppin’ out with your babe.”
George W. Harris – Jazz Weekly

“Eleven original compositions so good I swear I’ve heard some of them, and sung along, before. [Candace Washburn] is able to grab that current just-a-little-edgy Adele vibe (“Bad Crazy Day”) just as easily as a tender ballad (“All I Want Is You.”) And while it’s gypsy jazz, it’s not the same old bunch of tunes you’ve been hearing since the 30s. Guitar guy Sam Random writes the lyrics, and those universal themes that make a tune a standard are all there… It would be easy for lyrics this smart, and a band this talented to weave into camp, but they keep it straight, and Ms. Washburn sells it all with nary a wink, which only seals the deal for me. Marielle de Rocca-Serra nails the gypsy violin; it’s clear from the mix that Stacy McMichael is on bass and co-produces, Kevin Rush shares guitar duties with Mr. Random… I’ll need another fix soon, guys. Don’t wait too long. This disc is highly recommended.”
Doug Boynton – Girlsingers.org