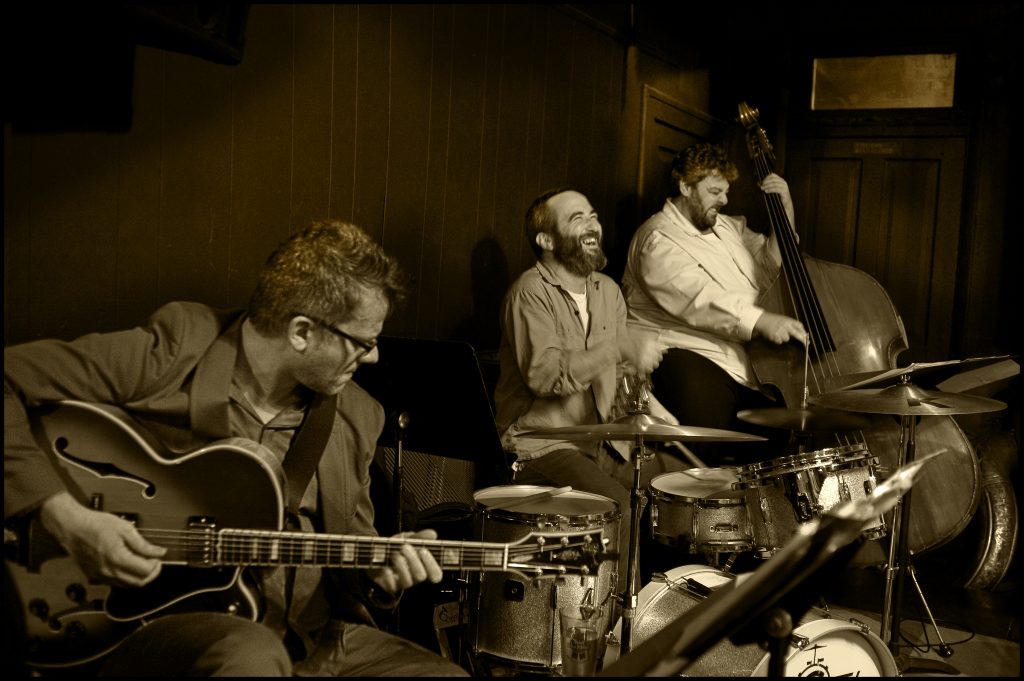 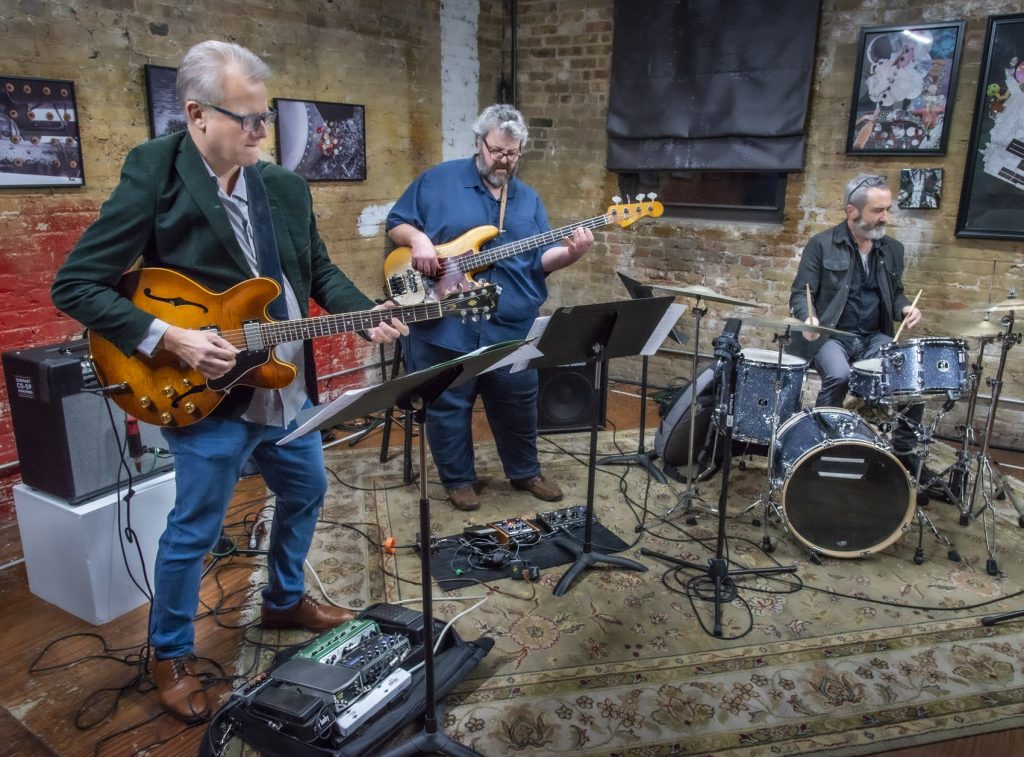 The Regulators’ music defies easy description. Are they a rock power trio? A jazz group? A funk band? An Andean pan-flute ensemble? They are most of these things and yet they are none of them. They are a free-funk-jazz exploration of non-western rhythmic modes. Whatever genre you want to call their music, a few things are certain: it is groovin’, exciting, and makes you want to dance. This is a musical high wire without a net. Formed in 2008, The Regulators are Mike Allemana on guitar, Gerald Dowd on drums, and Matt Ferguson on bass.  The band spun itself off from Brian O’Hern’s Model Citizens Big Band in which they are the rhythm section. Mike Allemana performed for 15 years with saxophone legend Von Freeman. He was featured at the 2022 Chicago Jazz Festival performing the music from his most recent release,Vonology. Matt Ferguson performed with Allemana in Freeman’s quartet and is one of the busiest bassists in Chicago. Gerald Dowd has performed with renowned musicians from across numerous genres, including Mavis Staples, Robbie Fulks, and children’s artist Justin Roberts. Most recently, The Regulators were featured at the 6th annual Chopin in the City Festival.